By the summer of 1965 Vox was doing well in America. The first shipments had arrived in September 1964 - the result of the arrangement undertaken by Jennings to supply Thomas Organ with $1,000,000 dollar's worth of equipment - the "Million Dollar" deal. A second order came in January with expectation of more to come - see this page. Advertisements, competitions, and of course the high profile of the Beatles as users of Vox amplifiers, fuelled increasing interest in the range. 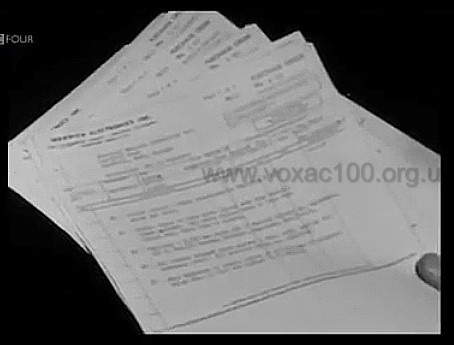 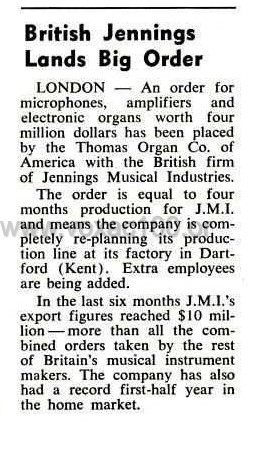 "Billboard" magazine, 31st July, 1965. Further staff had already been taken on by Jennings in February 1965, so this was an even greater expansion.

The picture below, said to be NAMM 1965, is probably actually 1966. Note the Thomas Organ Vox Viscount combo amplifier (indicated in the second picture by an arrow) to the left of Reg Clark, Sales Manager for Jennings. June 1965 is too early for a Viscount.

Below, the outline of the 1965 NAMM show published in "Billboard" magazine - brief and incomplete, but interesting nonetheless: 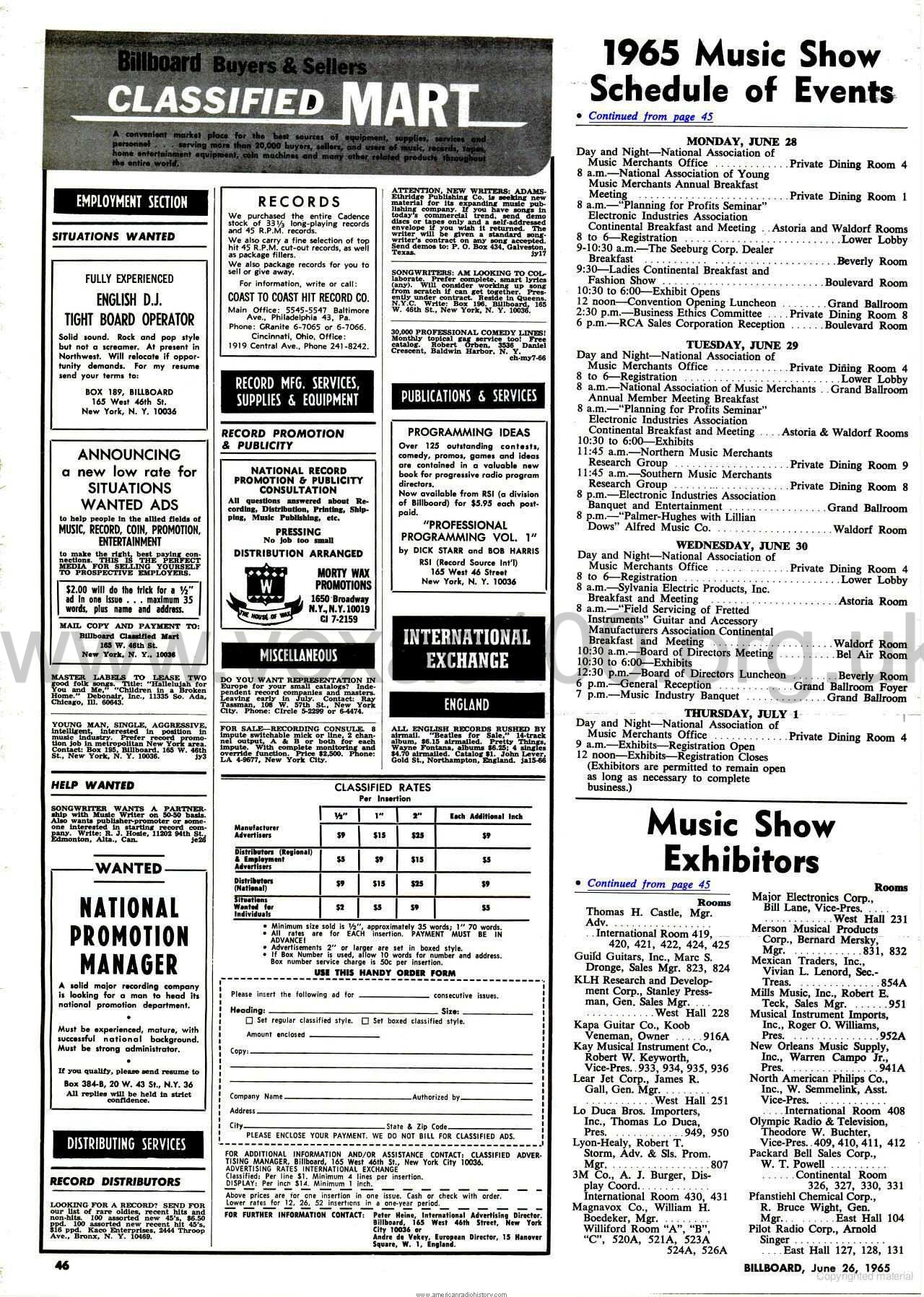 The schedule of events given in "Billboard" magazine, 26th June, 1965. Jennings is not listed in the outline roster of participants, but neither is Gretsch for that matter.